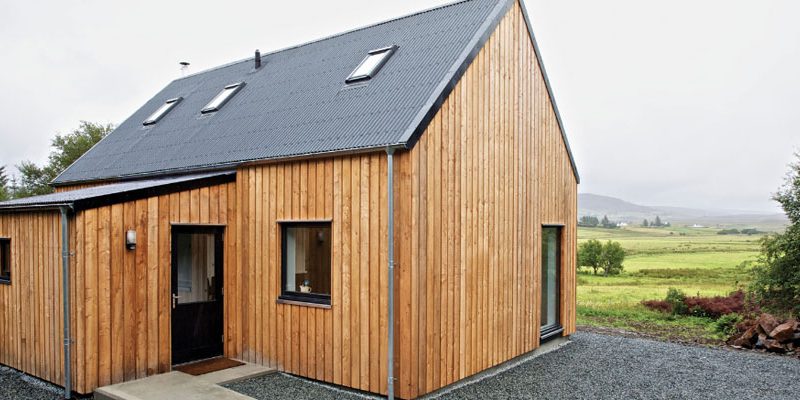 The best modern modular homes are not only in California.  We’ve scoured the earth to give you some inspiration and possibilities for your new home. 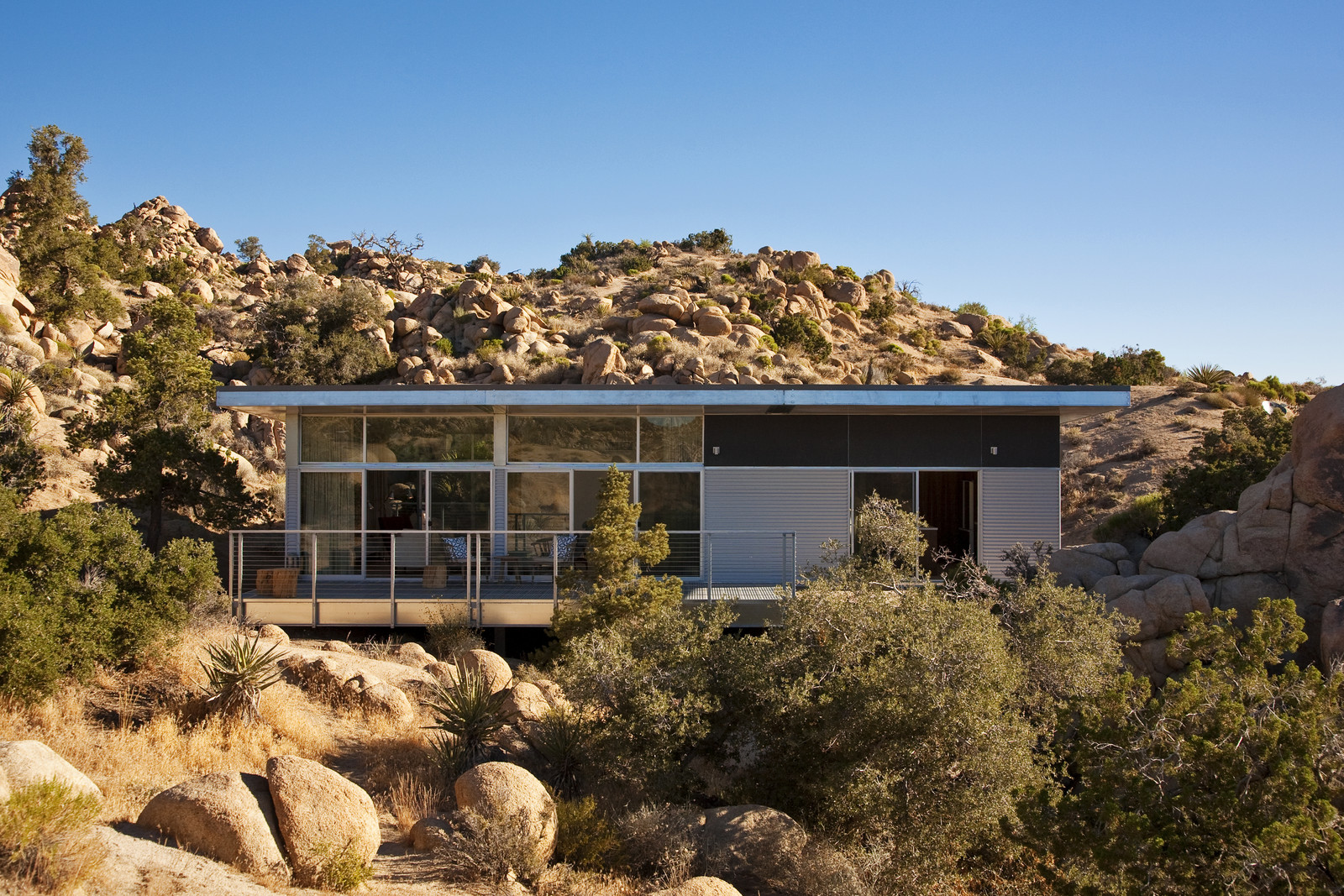 Junipers, boulders, and scrubby pines surround the Graham Residence prefab home Yucca Valley, California. This two bedroom, one bath modular home was built in 2011 on a light-gauge steel frame that allowed it to perch lightly on the land, which made for minimal landscape disruption. This striking prefab home, with glass windows spanning nearly the entirety of one wall, melds seamlessly with its surrounding environment. 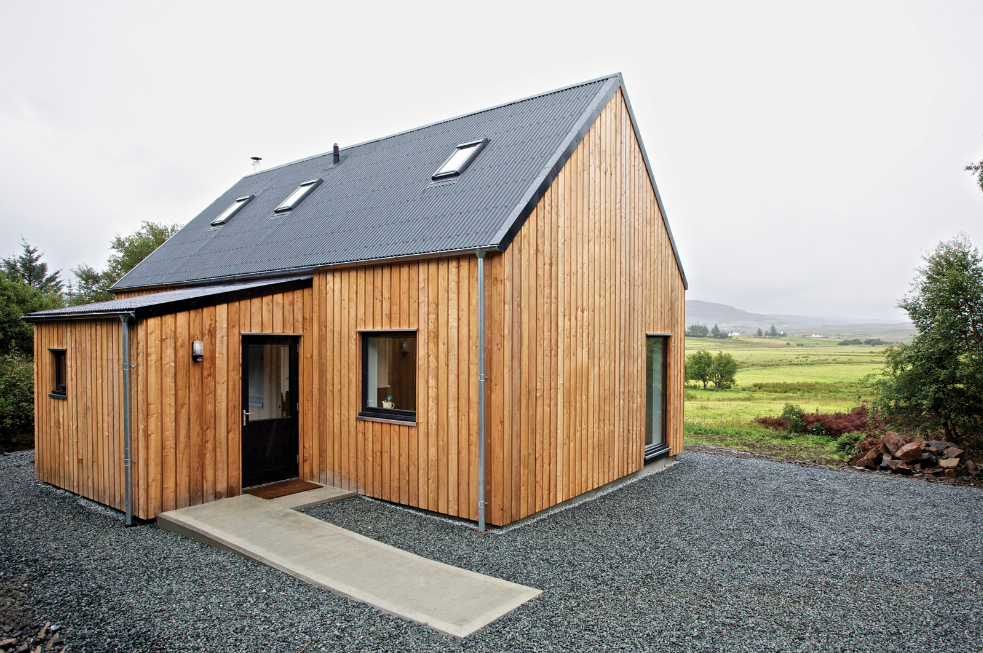 The timber-framed Skeabost Wood Cottage, located on the breathtakingly scenic coast of the Isle of Skye in Scotland, was created to fill the need for smaller, more affordable homes on the island. Rural Design, the firm that builds these modular homes, is able to boast that nearly all of the materials are sourced from within Scotland. 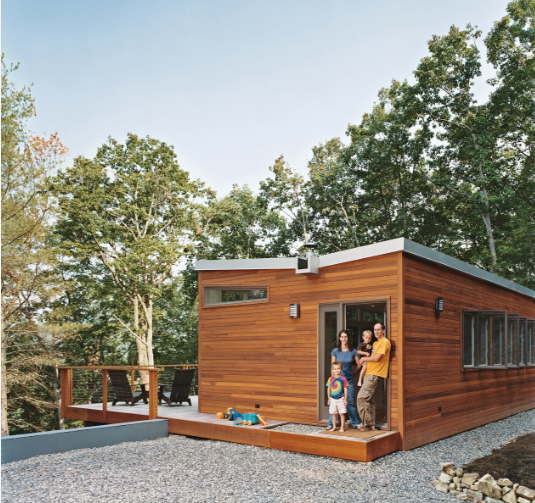 Just outside Lost River, Virginia, sits a beautiful modular home nestled among the trees. The owners asked Resolution 4: Architecture to help them build a modern cabin in the woods, and that’s certainly what this prefab home is. With a row of windows along one wall and a wide deck that spans the length of another, this home-away-from-D.C. brings the sights and sounds of the woods in close. Even better: when they’re not staying in this modern marvel, you can – this home doubles as a rental. 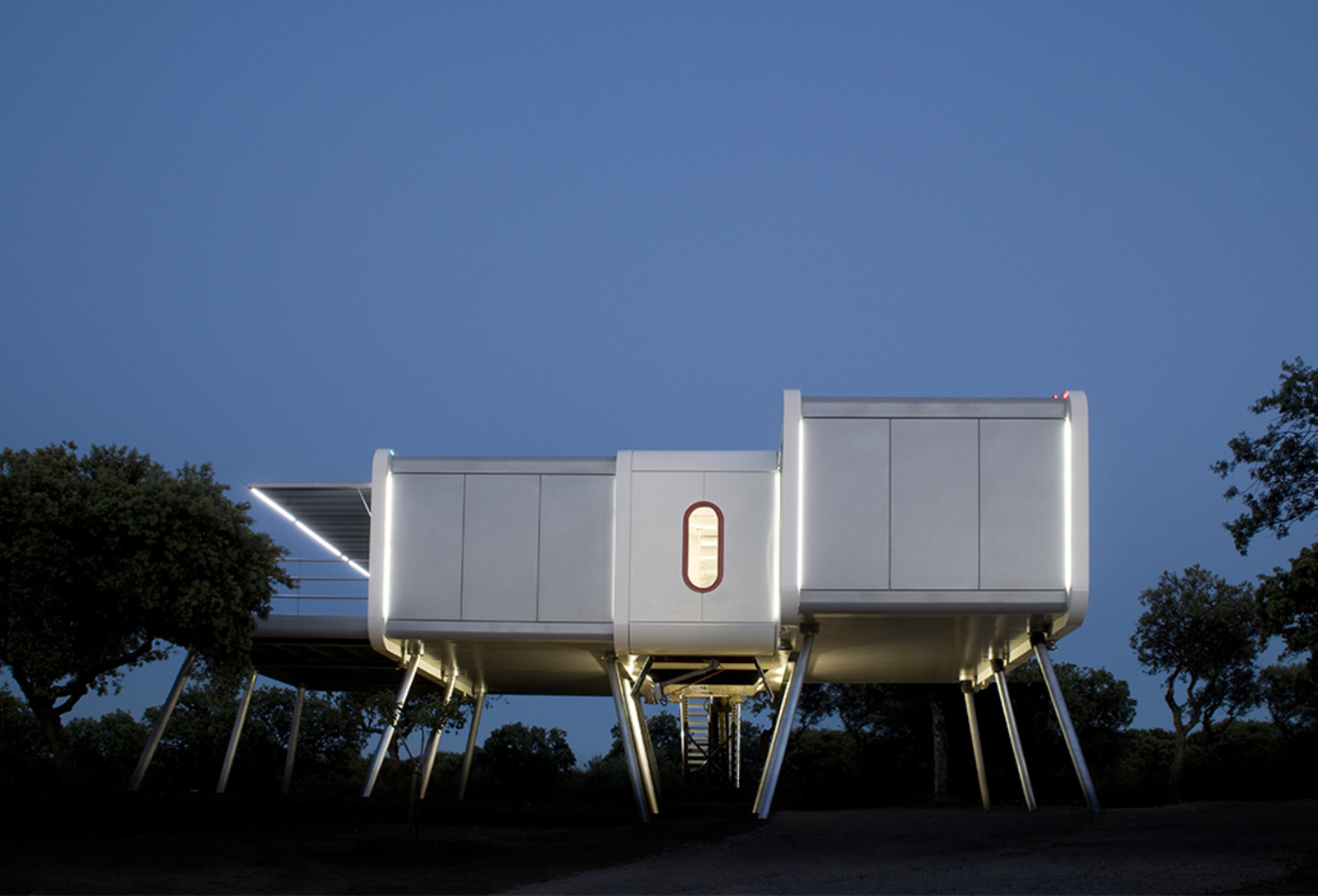 This sustainable smart home was built for asci-fi fan in Madrid by Barcelona architecture firm NOEM.  Immediately noticeable is  the fact that it’s anchored twelve feet off the ground, giving the impression that it just landed. Three metal-clad modules make up the design. In one of these lives the “hub”. The hub holds the tech that powers the house, allowing the homeowner to adjust temperatures, electricity usage, and security devices. This futuristic element of the home is contained in a large console fitted into the wall, and is among the first things visitors see when they enter the home. 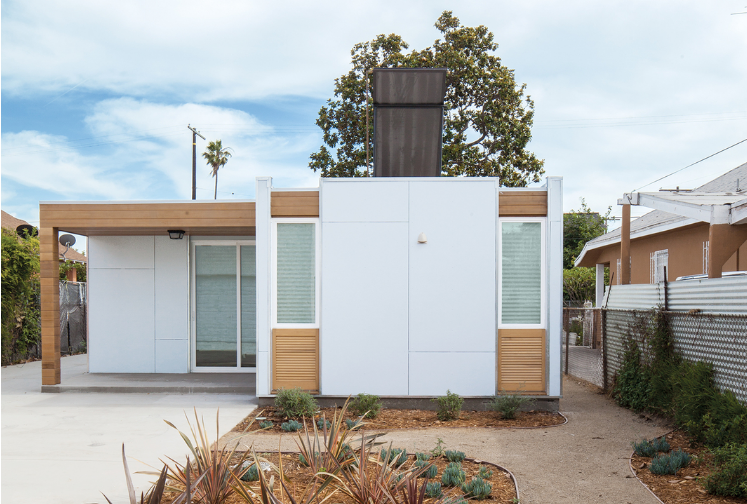 Design firm Minarc and Habitat for Humanity teamed up to create a net-zero modular home design in Northern Los Angeles. At 1,200 square feet, these modular homes came in at only $150 per square foot – a price that includes the foundation, fabrication, and even the rooftop solar panels. Those rooftop solar panels, by the way, are offsetting 95% of this prefab’s energy costs. 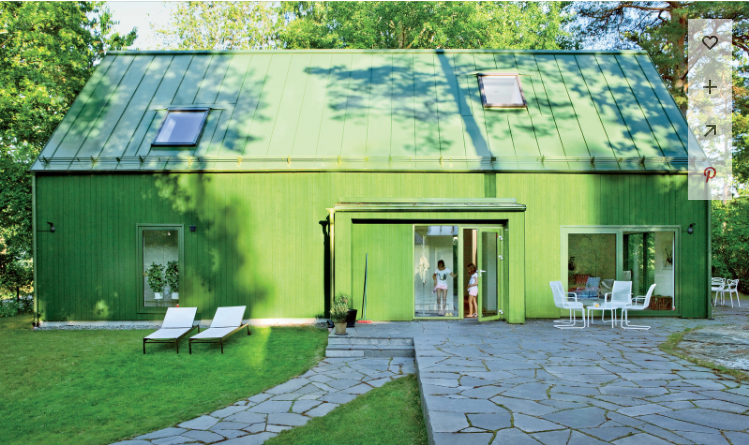 This one and a half story home was built over eight months 260 miles from where it ended up. Sited in suburban Stockholm, this family home has three bedrooms on the loft-like top half of the structure, and a master bedroom that opens up to the backyard. This modular home is painted in just one color – a striking green for both the roof and the building itself. 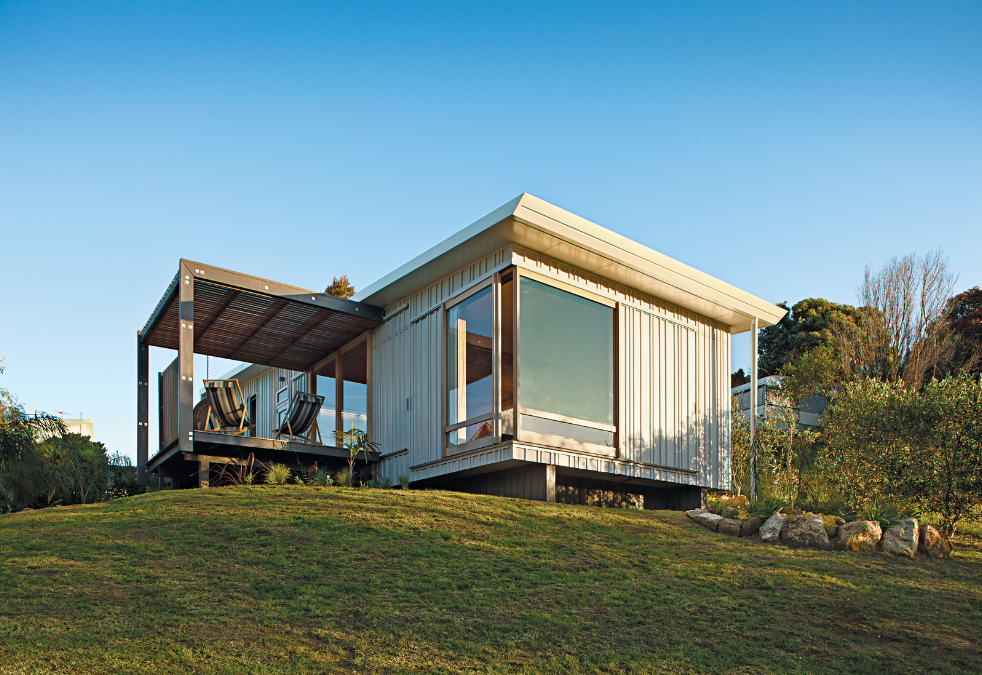 The owners of this compact modular home teamed up with Auckland’s Unitec Institute of Technology architecture students in order get a budget-friendly vacation home built on their North Island plot of land. They asked for something modest in size, modest in price, and visually distinctive – and the students delivered. 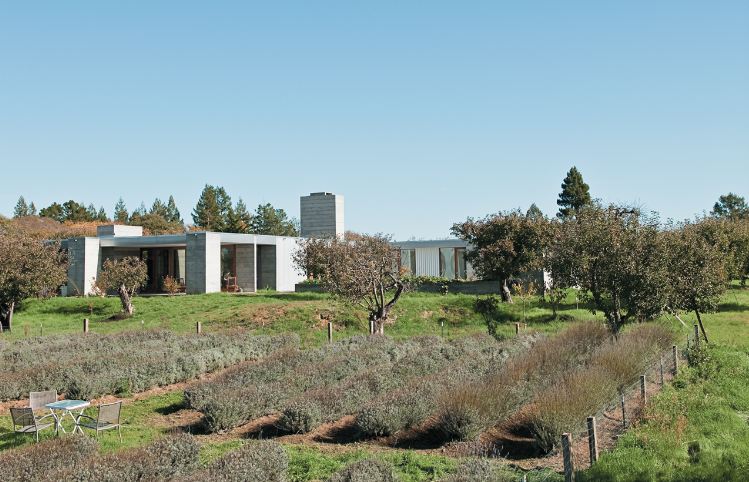 This Sonoma county modular home boasts a massive kitchen that allows for this gastronomically inclined family to indulge in wine-making and pressing oil from the olives collected from the trees on their land. Somewhere between a loft and a farmhouse, the structure is mainly concrete. Most all of the home is airy and open, from the living spaces to the offices to the shelving in the kitchen. 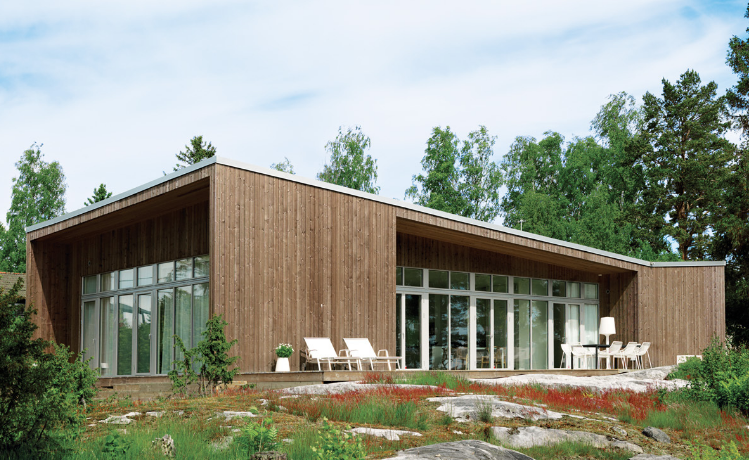 This modular home on Sweden’s Musko Island took a mere six months to be completed – three in the factory and three on site. It was carefully created for Swedish weather – the slant of the roof allows for optimal rain runoff and the design allows ample light in, which is much needed in the dark winter months. 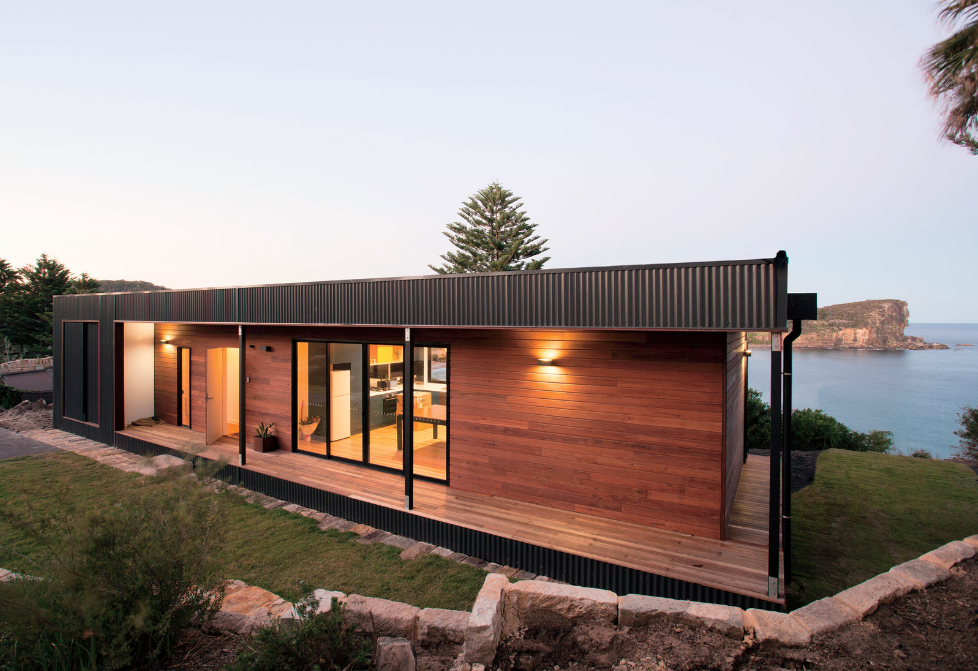 ArchiBlox designed and built this sleek modular home just steps from the beach in Sydney. They wrapped the ocean-facing exterior in marine-grade steel to protect from the elements; the street-facing facade is made from hardwood. Green features like a living roof and a foundation that minimizes potential erosion allow this modular home to lightly on the land.

Search
Send Us A Message
Latest Posts
Archives
FOLLOW US

FacebookGoogle+YouTube
Go to Top
GET IN TOUCH